Lymphedema, which is swelling caused by obstruction or reflux in the lymphatic vessels, is one of the most common conditions affecting humans. The lymph vessels are long, thin-walled tubes that form a very intricate network in the arms and the legs. In some cases, these lymph vessels are absent or are damaged or destroyed, and lymph fluid accumulates in the tissues of the arm or leg. The accumulation causes severe swelling. There are millions of cases in the United States, many of which have occurred following cancer, radiation therapy, trauma, infection, or other causes like obesity. It is estimated that there are more than 100 million people worldwide with lymphedema. In the developing world, infection (filariasis) is the most common cause of this condition.

Lymphedema is suggested by limb swelling that occurs spontaneously in infancy or during puberty; it can also develop after trauma, surgery, or infection. It is characterized by limb, ankle, and foot swelling associated with induration and sclerotic (scale-like) appearing skin. The skin typically develops “orange peel” rigidity and the foot and toes are often square or shaped like sausages. There may be an associated venous disease, including chronic venous obstruction, venous incompetence, varicose veins, and other forms.
In its most severe form and when untreated, the foot and leg can swell to double or triple the normal size and patients may find it difficult to find shoes that will fit them. To treat this condition, it is important to rule out underlying chronic venous disease.

In the initial stages of this disease, the swelling in the lower extremity is soft. However, as time progresses, the swelling becomes permanent and the limb becomes hard with a scale-like appearance on the skin.

Next month, I will talk about the diagnosis and management of lymphedema. 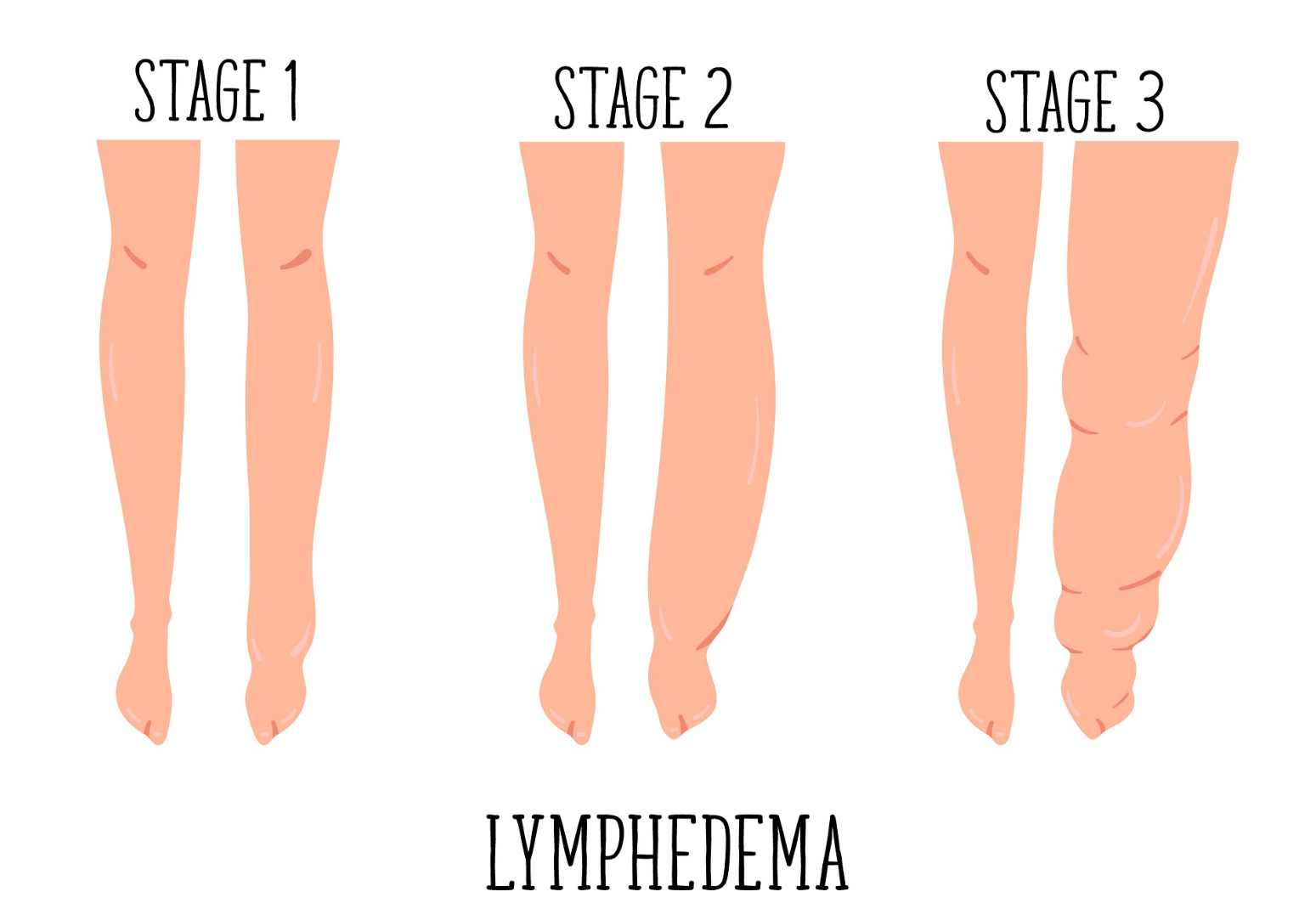